At some time in the 1870’s John Richard Roberts, born in Caernarvon, just over twenty years previously, moved to Bethnal Green in London’s grimy East End to make his fortune. The precise details are now obscure but his upbringing in North Wales was in a secure prosperous home. Why he decided on Bethnal Green is not known, but he did ‘set-up-his-plate’ as a dentist, and as was common in those days, opened a Chemists Shop in connection with the practice. 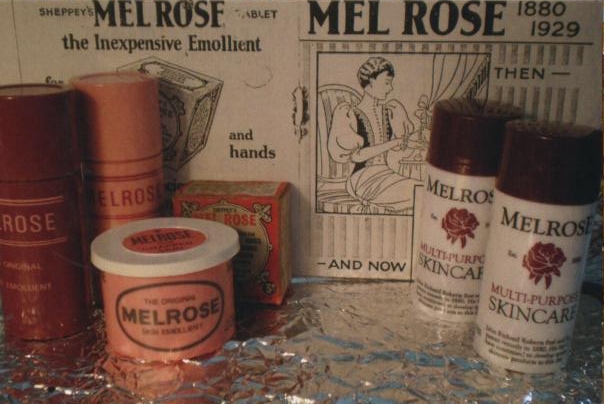 Keen as he was to prosper, John spent much time and effort trying to develop a ‘patent’ remedy which his clientele in un-prosperous East London both needed and could afford.

John Richard could have known little of modern marketing techniques but he did know that most people in those days had need of an inexpensive reliable remedy for soreness of the skin. In Victorian London, home heating was ineffective and most people had to spend more time than nowadays in wind and weather. Chilblains, chaps and cracked skin and lips were all an everyday fact of life.

John had a number of things in his favour in addition to an obviously open and logical mind. Probably the most important factor was his choice of wife. Sarah Sheppey, as well as keeping the books, helping in the business and bearing John a daughter and four sons, was determined that the business would succeed. Sarah too was not a Londoner and came from Evesham in Worcestershire. Sarah’s part in the development of what was to become known as MELROSE was signified by the fact that when the Roberts’ product was launched it was called “Sheppey’s MELROSE” using her maiden name.

John Richard knew, as did many others, that lanolin, (a sticky, greasy substance from the skin of sheep), was highly efficacious as a treatment for soreness of human skin. Although it was readily and cheaply available, its sticky greasy nature, not to mention its unpleasant smell, made it very unpopular in practice for general use.

John and Sarah managed successfully to combine a suitable proportion of lanolin with other constituents and essential oils to produce a useable, effective and attractive product at a price that all could afford.

By the early twentieth century MELROSE produced by Roberts & Sheppey was known throughout the land and available from all chemists and stores.

As the sales of MELROSE grew, the business moved to a factory in Skipton Street, near the Elephant & Castle, in South London. John Richard Roberts died in 1936 and ownership passed to his elder sons Robert Fleming Roberts and William Roberts. The German ‘blitz’ of 1940 made the Skipton Street premises untenable and production moved to Holton Mill, Oxford, the home of Robert Fleming Roberts. The move was ‘just-in-time’ as the Skipton Street premises were subsequently destroyed by bombing.

MELROSE has continued to be made and sold under family ownership. Although the conditions of life have changed, the seemingly miraculous effects of the active ingredients of MELROSE continue to provide relief for many sufferers from skin soreness and flaky skin.

Today the business is run by Ella May, Grandaughter of John Richard Roberts. Her greatest pride is the thick file of testimonial letters confirming the apparently miraculous effectiveness of John Roberts’ product. This is an example page. It’s different from a blog post because it will stay in one place and will show up in your site navigation (in most themes). Most people start with an About page that introduces them to potential site visitors. It might say something like this: